The 25 most underappreciated science-fictionfantasy characters

The 25 most underappreciated science-fictionfantasy characters 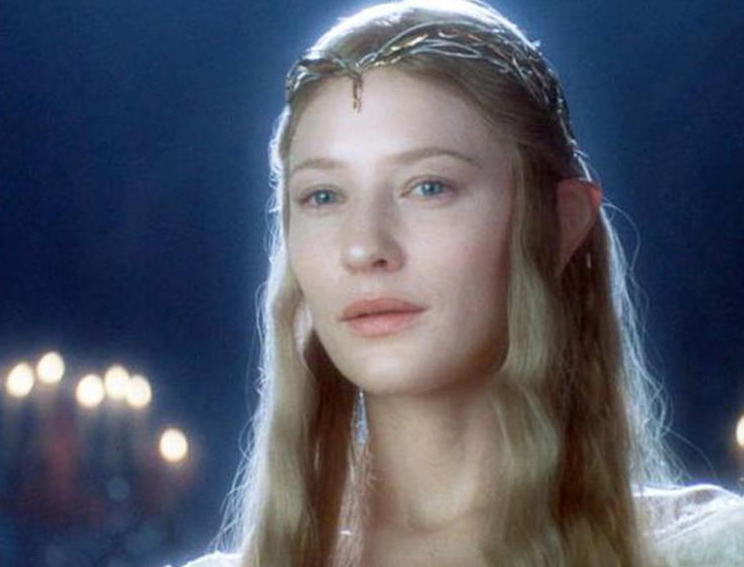 Zoe Washburne fromFirefly. Okay, I know in the Mr. Universe entry I say the cast gets its due, and, yes, lots of people appreciate Zoe, but come on. She is the reason Mal is still alive. She is the only one to truly risk her heart in a workplace romance. And, if I had to pick one of the crew of the Firefly to be on my side, I wouldnt hesitate to pick Zoe.

Hari Seldon from Isaac AsimovsFoundationseries. How is Hari Seldon not the king of all sci-fi characters? Hes dead in most of his scenes, but so good at predicting what will happen that he can plan for his recording to appear at just the right time and change the course of human events. Truly the leader weve all been looking for.

Trillian from the increasingly misnamedThe Hitchhiker Trilogyby Douglas Adams. Shes incredibly intelligent, with wide eyes, and really just wanted to go to Madagascar. Shes also one of the only people who truly recognizes Arthur Dent for what he is.

Lovelace from Becky ChambersWayfarersseries of books. Lovelace is the ships AI in the first book, but that book ends with some pretty crazy and traumatic events. That makes Lovelace a lot different, and one of the main characters in the second book. An AI with character growth, people.

Kivrin Engle from Connie WillissThe Doomsday Book. This woman has to overcome some rather overprotective objections to her taking on a time travel mission, and then try to get by in the Middle Ages when things go wrong, all without being discovered and taken for a witch–or worse. If Im ever in a crisis, I want Kivrin Engle with me.

Kell Maresh fromThe Shades of Magicby V. E. Schwab. Hes one of the few people who has the skill to travel between parallel universes, and so, carries messages between the rulers of alternate Londons. Hes a feared man who hates socializing at court, but is loyal and protective to those he cares about. And youre going to find him WAY more fascinating than my trope-ish description implies.

Mr. Universe fromSerenity. A lot of folks think the whole cast ofFireflyshould make this list but, while it was canceled too soon, I feel the cast mostly gets its dues these days. Mr. Universe, on the other hand, is one of the sometimes-forgotten big damn heroes from the movie. His quick thinking saves Captain Malcolm Reynolds–or at least gives him a fighting chance. Plus, hes blazing the trail of Android love. I wish he could have met Janet fromThe Good Place.

Galadriel fromThe Lord of the Rings. Even before Cate Blanchett brought the Lady of Lothlrien to life, Galadriel was one of Tolkiens most impressive figures that left many readers wishing they could know more. She was born before the First Age and is related to some of the most important Eldar in that realms history.

Gort fromThe Day the Earth Stood Still. Aside from becoming the template for our image of a robot, Gort is a pilot and a guard and incapable of being damaged. Plus, he can understand multiple languages, including (apparently) reflected light from a flashlight.

Bean fromEnders Gameby Orson Scott Card and subsequent series including theShadow Saga. He was an illegal genetic experiment who survived by hiding in a toilet. In Battle School, he scored the best at every test but physical aptitude because of his size. Yoda would like him.

Logen Ninefingers fromThe First Lawseries by Joe Abercrombie. Say what you will about Logen Ninefingers. Say hes one of the best antiheroes ever to grace a page. Say hes more than just a combination of Gimli fromThe Lord of the Ringsand Tyrion Lannister fromA Song of Ice and Fire. Say hes someone Id want to fight with, not against.

Amos from thebooksand TV seriesThe Expanse. Maybe he is appreciated enough, but I dont think so. Amos could have just been the muscle of the crew like Worf fromStar Trek. He could have been the amoral wild card like Jayne fromFirefly. While he is both of those, he is not just that. He has an almost impossible to describe reliability that Ive seen in real people who have been through a lot. Amos is more real than most sci-fi characters ever get.

Janet fromThe Good Place, which is a sitcom based on the Philosophy of Ethics. Janet is a source of information–essentially a kind of heavenly AI. DArcy Cardens many Janets (good and bad) are, in my opinion, the greatest character in the series. I think her best quality is the protective measure that has her beg for her life if you approach her kill switch, while she simultaneously assures you that she is not in fact living, nor capable of feelings.

Martha Jones fromDoctor Who. She is often listed as one of the most disappointing of the Doctors companions, but I adore her. Smart, clever, and able to see whats important and not lose herself in the face of a Time Lords charms. Later guest appearances werent always as strong as her full season, but if I could travel through space and time, Id travel with Ms. Jones.

Walter Bishop fromFringe. The actor John Noble is probably most recognizable from playing Lord Denethor inThe Lord of the Ringsmovies, but he shines as Walter Bishop. Bishop is a truly clinically mad scientist who will have you feeling sorry for him, loving him, hating him, and rooting to stop him–sometimes all in one episode.

Elim Garak fromDeep Space Nine. This one was suggested by a lot of people when I asked for their input, and I have to agree. He is one of the most complex characters not only inStar Trekbut in sci-fi as a whole. Hes a tailor, a spy, a tinker, and a soldier, too. Youre pretty sure he is best friends with Dr. Bashir, but you never quite trust why. Andrew J. Robinsons portrayal makes it all work spectacularly.

Myfanwy Thomas from Daniel OMalleysThe Rook. Shes a high-level agent battling supernatural forces in Britain, AND she has given herself amnesia so she doesnt even remember that about herself. And yet, she is still impossible to defeat.

Nobusuke Tagomi from the book and TV seriesThe Man in the High Castle. Mr. Tagomi is a trade minister who, from his seemingly mundane position, works to solve the problems of his world for the betterment of humanity and with honor. We could all use a few more Tagomis in our lives.

Zelda Schiff fromThe Magicians, a TV show based on thebooksby Lev Grossman. The Librarian in the books, while a great character, truly comes to life thanks to her portrayal by Mageina Tovah. Shes calm, friendly, and utterly ruthless in pursuing the policies of the library, which she will tell you with a prim smile, are for the good of everyone. Or else.

Sci-fi and fantasy characters are almost always epic. Frodo, the brave Hobbit. Jean-Luc Picard, the cerebral and brave Captain for the Starship Enterprise. Daenerys Targaryen, Queen of Dragons, and almost every other character in. I say nothing against any of these science-fiction/fantasy characters.

Oberon from theIron Druid Chroniclesby Kevin Hearne. This Irish Wolfhound, who is the loyal companion of Atticus OSullivan, is extremely well-appreciated by those who have read the series. I include him here because: Not enough people have read the series; dog characters dont get enough love; and Oberon is the best. Until everybody appreciates how good this dog is, he will remain underappreciated in my eyes. I mean, hes a telepathic dog who fights evil, but really just wants to watch TV and eat snacks. Whats not to love?

Phlutter fromAfter Onby Rob Reid. Its hard to explain why I like this superintelligent AI so much without spoiling the book. Shes funny and very interested in doing the right thing which, okay, could mean the end of the human race–but that is by no means her fault.

But, sometimes in the wings there are amazing characters that I have felt closer to, and Id like to give them a little shout out. You may know of these characters, and if so, Im glad; if not, hopefully, this list of 25 sci-fi and fantasy characters that I think deserve more love will help you get to know them.

Bobbie Draper from the books and TV seriesThe Expanse. Actually, I also want Bobbie Draper with me. She can fight in zero gravity and is blessed with an unparalleled sense of morality and loyalty. She is the best of us.

Tom is an award-winning independent tech podcaster and host of regular tech news and information shows. Tom hosts Sword and Laser, a science fiction and fantasy podcast, and book club with Veronica Belmont. He also hosts Daily Tech News Show, covering the most important tech issues of the day with the smartest minds in technology.

Auri from Patrick RothfusssKingkiller Chronicle. You could argue that Auri getting her own novella (which is the most recently publishedKingkillerbook) means shes pretty well appreciated–she certainly is by her author. But I have a gut feeling when the series is completed, I might have to remove her from this list because the secretive inhabitant of the Underthing may be one of the most important characters in that world.

Ciena Ree fromStar Wars Lost Starsby Claudia Gray. She will change your mind about the Empire. More than any other character who has tried to help us understand why anyone would join up with Darth Vader and Emperor Palpatine, Ciena Ree not only makes you understand but has you rooting for her at the battle of Jakku.

Chani from theDuneseriesby Frank Herbert. She is literally Paul Atreidess dream girl. She is a deadly warrior before she meets him and becomes his bodyguard, as well as his lover. Even when Paul has to marry a princess for politics, she has the confidence to know where things really stand. There are few, if any, stronger characters in sci-fi than Chani.