28 scary photos of IT gore

28 scary photos of IT gore 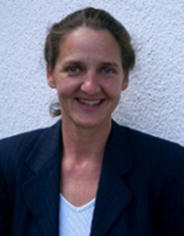 According tothis thread, thats a cable box with an active wasp nest inside. Must be part of a new premium package.

Heres a look at some of the subreddits most disturbing (but fun!) sights. Leading off: The ThinkPad keyboard that, perthe thread, had an unfortunate encounter with a hair dryer.

According to the poster behindthis thread, this brutalized, school-issued Samsungwas fixed–so the students can break it all over again.

As a Redditor onthis threadput it, That looks like a standard messy network room until you see the router sitting on the ladder. And, the original poster added,the duct tape on the port switches. Other than that…

According tothis thread, this smartphones litany of horrors includes a bent frame.

Heres the punchline to this scene, perthe thread: The computer with the cup of sugar inside (at least) was brought to the shop for a forgotten password.

According to the Redditorbehind this thread, this laptop was left in the bleachers. Was a fan using it as a seat cushion?

The subreddit r/techsupportgore discourages the posting of pictures of computers that are merely dusty. We feel confident in asserting that thesubject of this threadis not merely dusty.

Thats an iPad, perthis thread. A mashed one at that, the original poster noted.

It was just a small drop. That was the backstory on this ThinkPad, per the poster behindthis thread.

According tothis thread, this set-up was found at the posters new apartment. Its a modem, a router and two cables not plugged in at all, so f—— god know what those are supposed to go.

Thetechsupportgore channel on Redditis not for the faint of IT heart. Its a horror show of laptops mangled beyond recognition, smartphones smashed beyond reason and other mistreated devices.

Perthis thread, smoking is bad for your health–and for your(formerly) translucent iMac G3.

According tothe thread, the glue on this HP LaserJet printer gives new meaning to hardwired.

According tothe thread, this mouse died on the battlefield after a game ofBattlefield.

Cable spaghetti is how one Redditor describedthis unwieldy scene.

2019 IT Budget Research Report: IT spending increases due to business conditions, security, and revenue opportunities

Per the title ofthis thread, this smashed-beyond-recognition smartphone was only dropped…a little bit. A whole lot of times, apparently.

[T]he UPS tech was in a full suit & gloves, the poster wrote. We knew something was wrong when we kept hearing, Oh damn, oh wow over and over.

According tothe Redditor, a customer brought in this laptop for repair. On the bright side of a grim-looking picture, all the bed bugs were dead.

According tothe thread, the owner of this Samsung Galaxy Tab Active 8.0 claimed to have sat on it by accident… for a split second.

To hearthis threadtell it, this is what it looks like when an Anker gaming mouse is dragged along 300 miles of road…by mistake.

A user onthis threadsaid this poor smartphone looked as if it was used as a crowbar.

The poster who initiatedthis threadreported that a customer ran over the laptop, on purpose, and apparently with a good deal of force. A replacement, it was said, was not offered.